There’s so much history people don’t know, and we are always excited to get to be an educator! This strip packed in a lot and here we enumerate some delightful details. 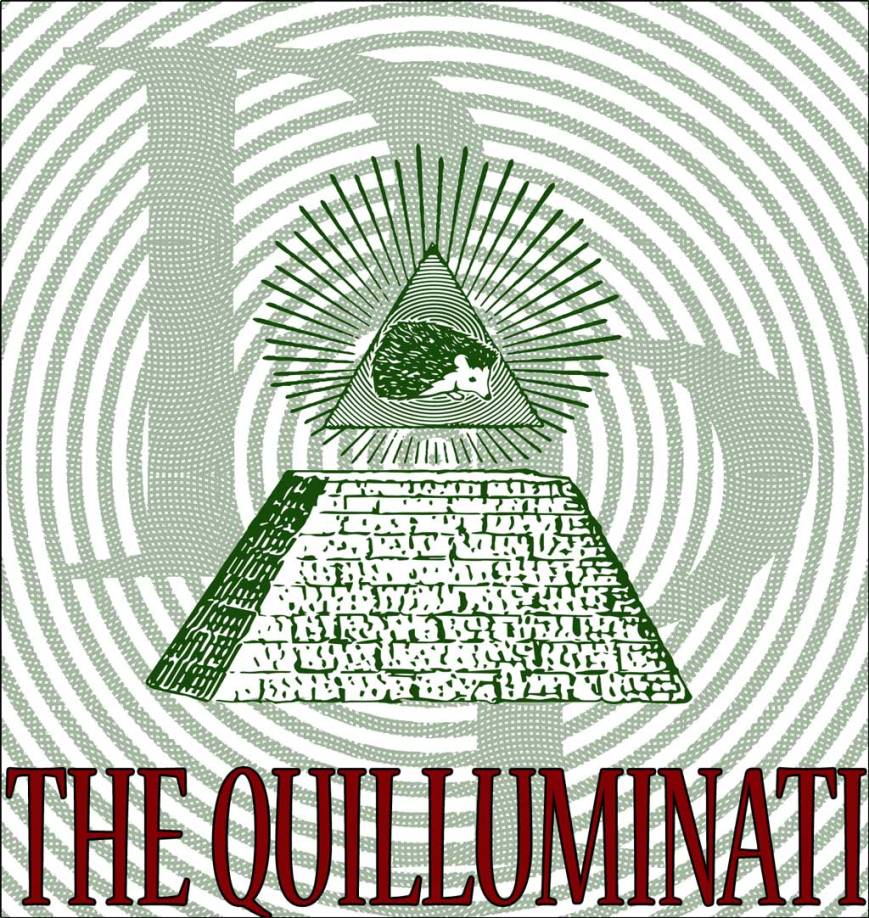 This is a very good title panel if we say so ourselves, and we do say it. So there it is. The currency stylization of the background doesn’t exactly make sense if you really think about it, so don’t. 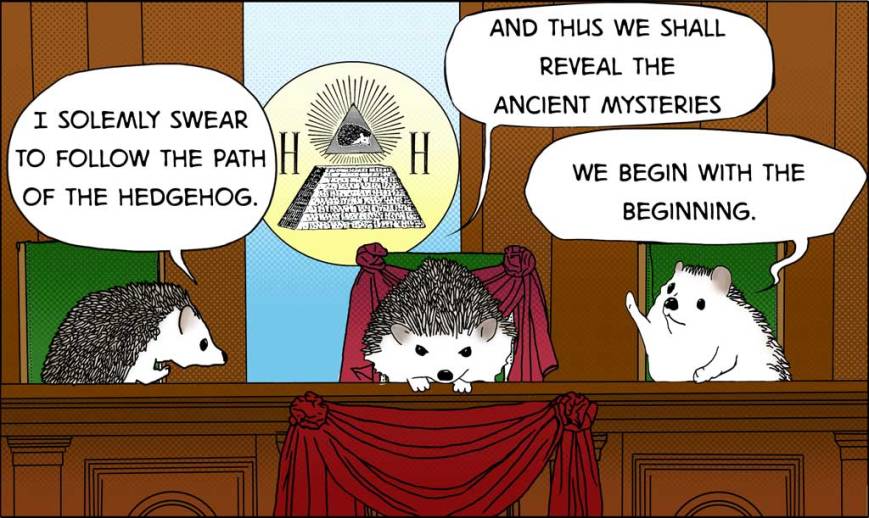 The intense conspiratorial stare of Grand Quillmaster in the center is very pleasing to us. We spent a very long time drawing a background for this panel. We went with halftone shading, abandoning the proper clean shading of ligne claire stylization and regretted it a little, but there it is. 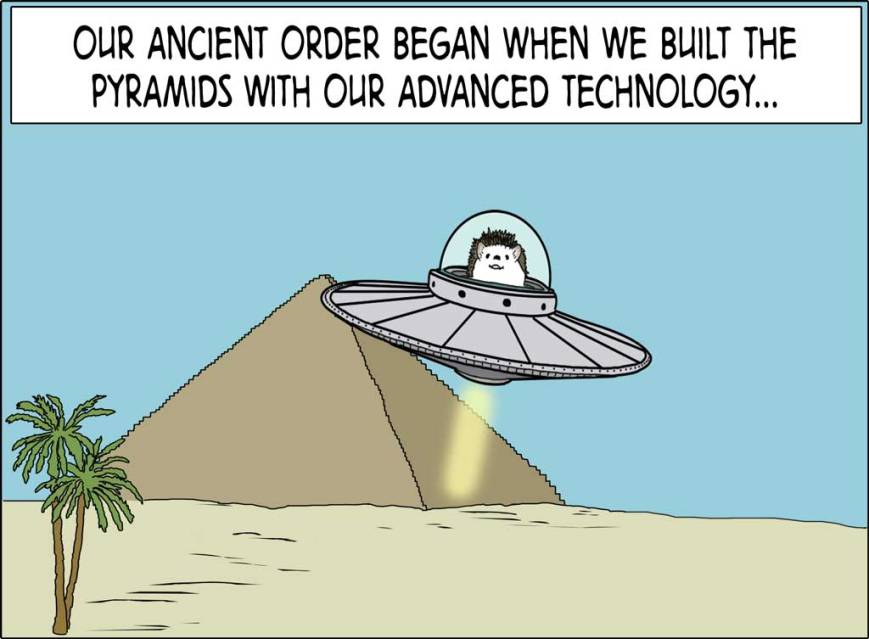 Do you see how the plasma engine’s flaring obscures the line of the pyramid? We do. It is sightly wrong. But the composition really tells the story of “hedgehogs built the pyramids and also are the reason people believe in flying saucers,” which is a story that needed to be told. 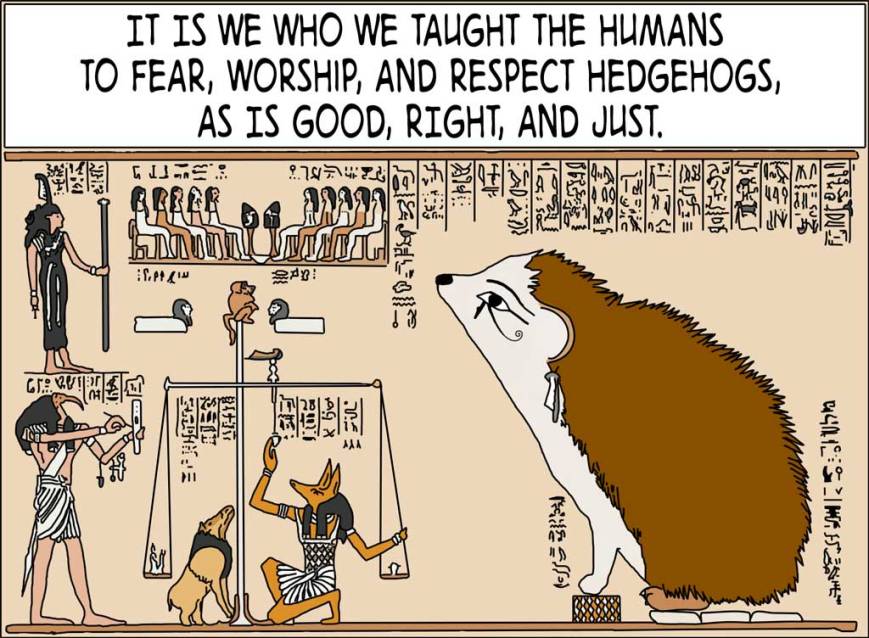 This is the best. Just say it. Admit it. It’s true. You know it’s true. The original this is based on is an Egyptian Book of the Dead funerary text, so if you were to go to the trouble of reading the legible parts of the hieroglyphs you could read all about that. 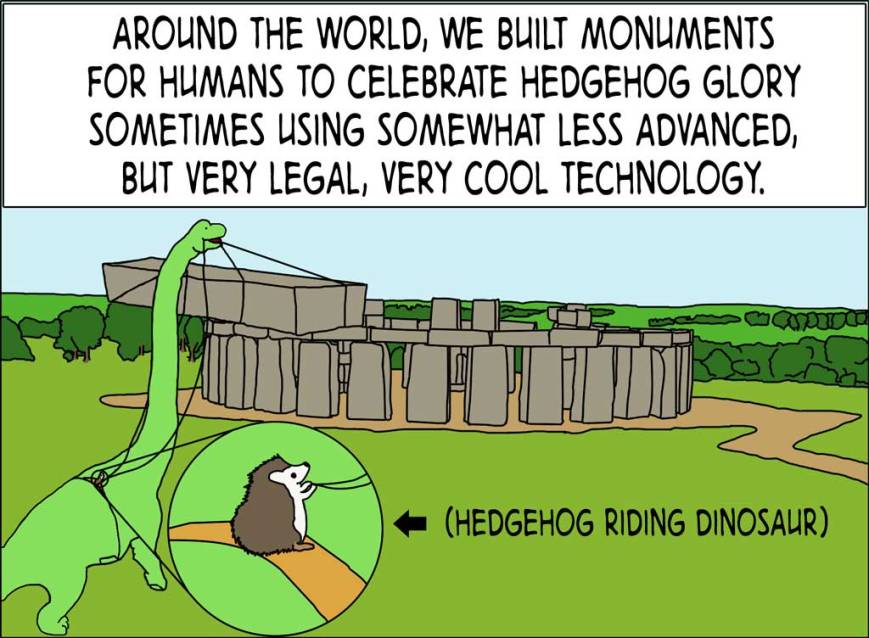 Very legal & very cool. Not everyone learns about ancient hedgehogs riding dinosaurs to build Stonehenge in school, and it’s a shame.  It’s an apatosaurus, in case you were wondering. 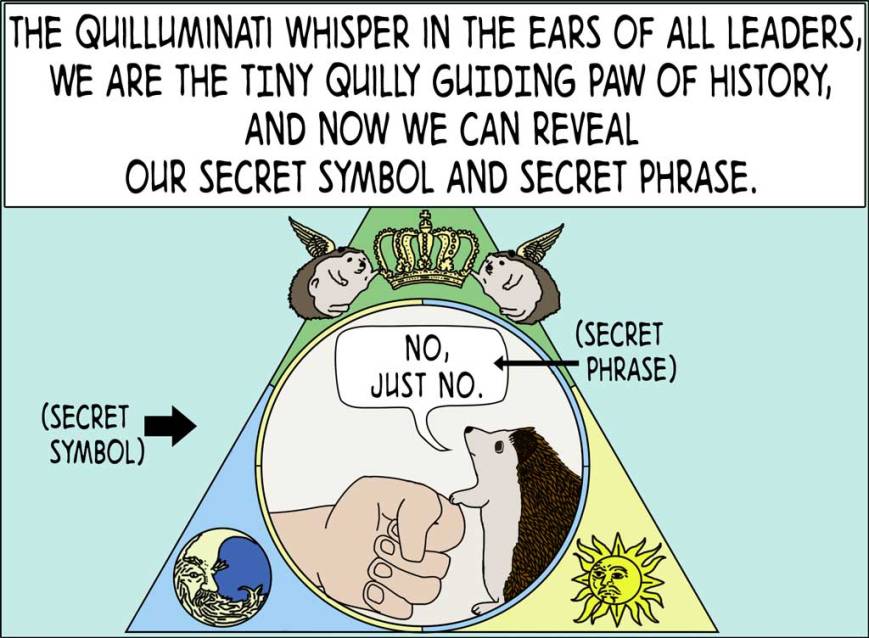 The secret phrase is one more people need to hear, but no one wants to see how things would have worked out if the Quilluminati’s tiny quilly guiding paw hadn’t restrained humans’ terrible ideas. 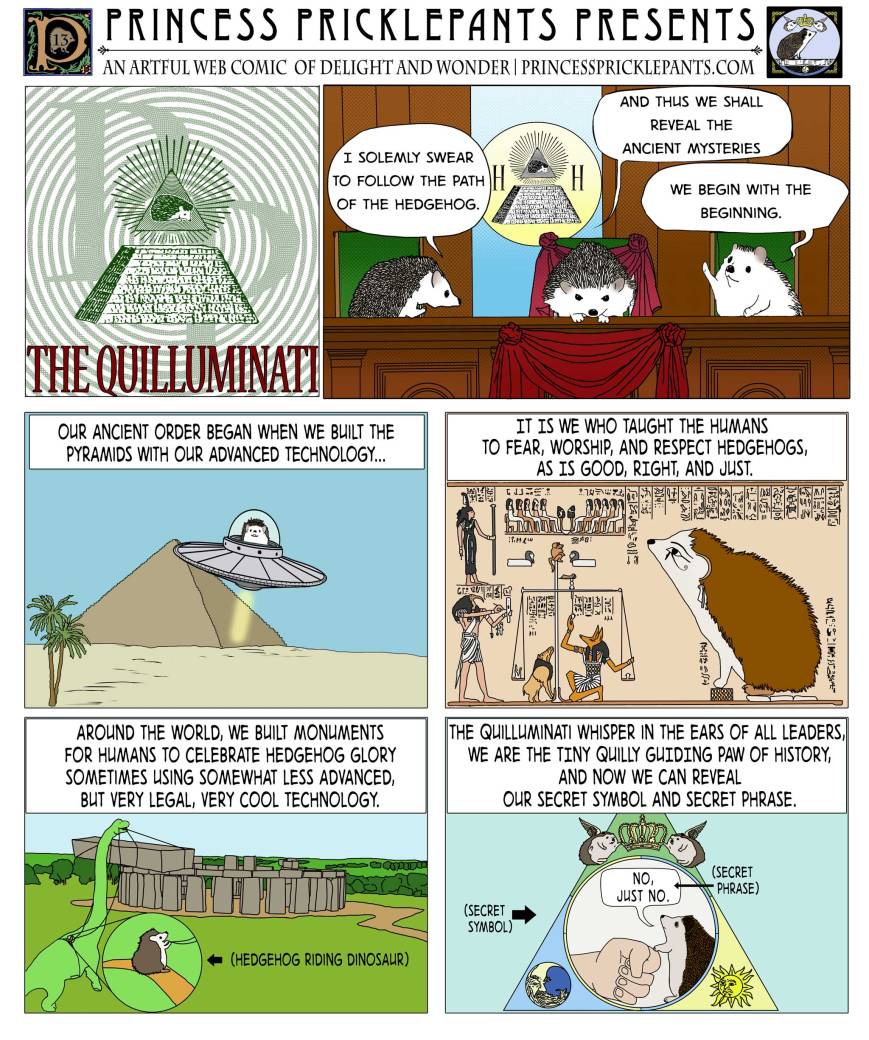 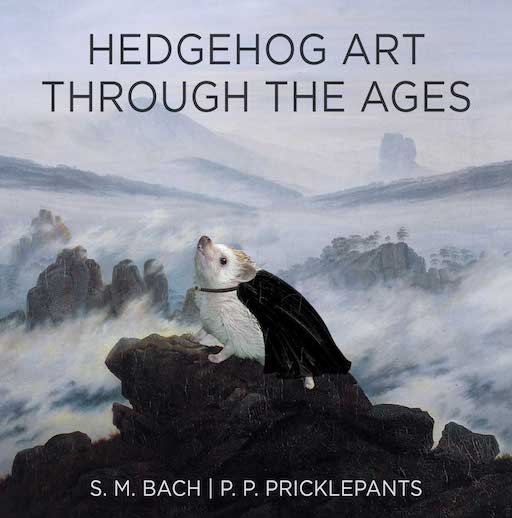