Apologies for the infrequent updates, Her Highness’ schedule has been busy with the duties of running for president and engaging in extensive art research while maintaining a fourteen hour sleep schedule (and responding to queries regarding etiquette advice).

While this post is about art, we did want to share this glorious vision of the future: 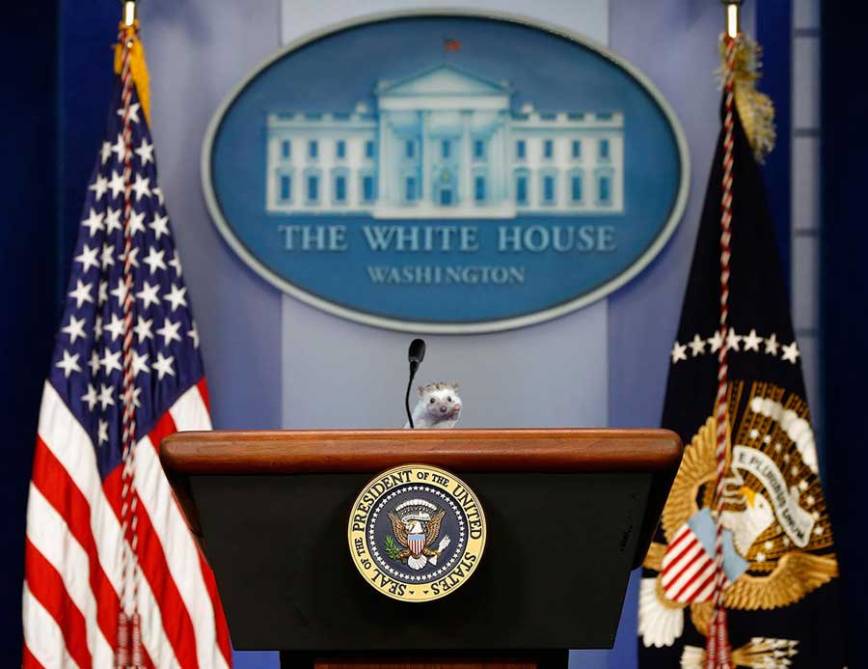 And, while we’re on the topic of the Princess Pricklepants’ Prickle Party run for President, for those who might have missed it, we wanted to mention that Her Highness’s Patronus is a hedgehog, which has made for a powerful campaign poster.

And so this time we begin or post with our third picture with words under it. 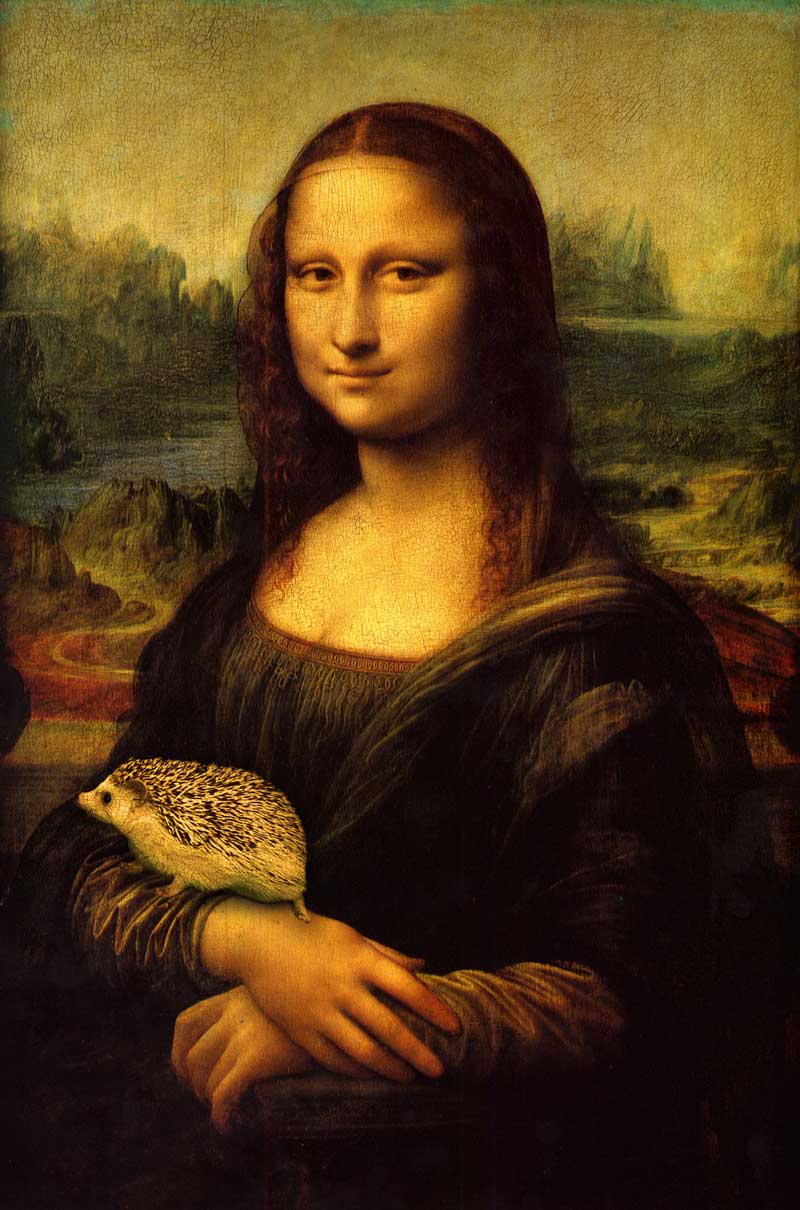 So far as recent hedgehog art discoveries go, this is historic.  In early 2016, hedgehog art researchers at the Louvre applied laboratory analysis of reflective light and color analysis to the Mona Lisa and made a truly remarkable discovery based on a recently discovered notebook by Da Vinci. The notebook referred to the work as “La Gioconda con Riccio” (happiness with hedgehog), while underpainting analysis now confirms the original work is actually a masterwork of hedgehog art. These are exciting times for hedgehog art critics and historians. We now know what the Original Mona Lisa looks like.

Here we have another fascinating and historic work, Vincent van Gogh’s “Irises and Also a Hedgehog.” An immediately striking painting created in the last year before his death in 1890, he considered this painting the study on which the later more famous hedgehog-less Iris painting was based on, though it stands alone as a sublime and magnificent work of post-Impressionist hedgehog art.

Rembrandt’s first version of Belshazzar’s Feast was an enigma to hedgehog art historians for decades until it was discovered that Rembrandt had initially read a faulty Dutch translation of the book of Daniel that had translated the word “Writing” as “Hedgehog.” This work is housed in the National Hedgehog Gallery, London.

Now as a first, here’s a second work from the same artist.  Forgotten for centuries, Rembrandt’s 1661 Portrait of a Lady With a Hedgehog is a high point in Baroque Hedgehog Art. While not as well known as his Belshazzar’s Feast With Hedgehog, this late work of Rembrandt’s, which highlights his masterful use of light, composition, and hedgehogs.  The work was only discovered post-WW II, having been lost in the basement of the Rijksmuseum.

Maxfield Parrish’s 1921 “Hedgehog Break” is regarded as one of the most popular hedgehog art prints of the 20th century. Parrish later produced the human-centric “Daybreak,” which went on to even greater fame, though he always considered this work’s composition and symbolism as more powerful. 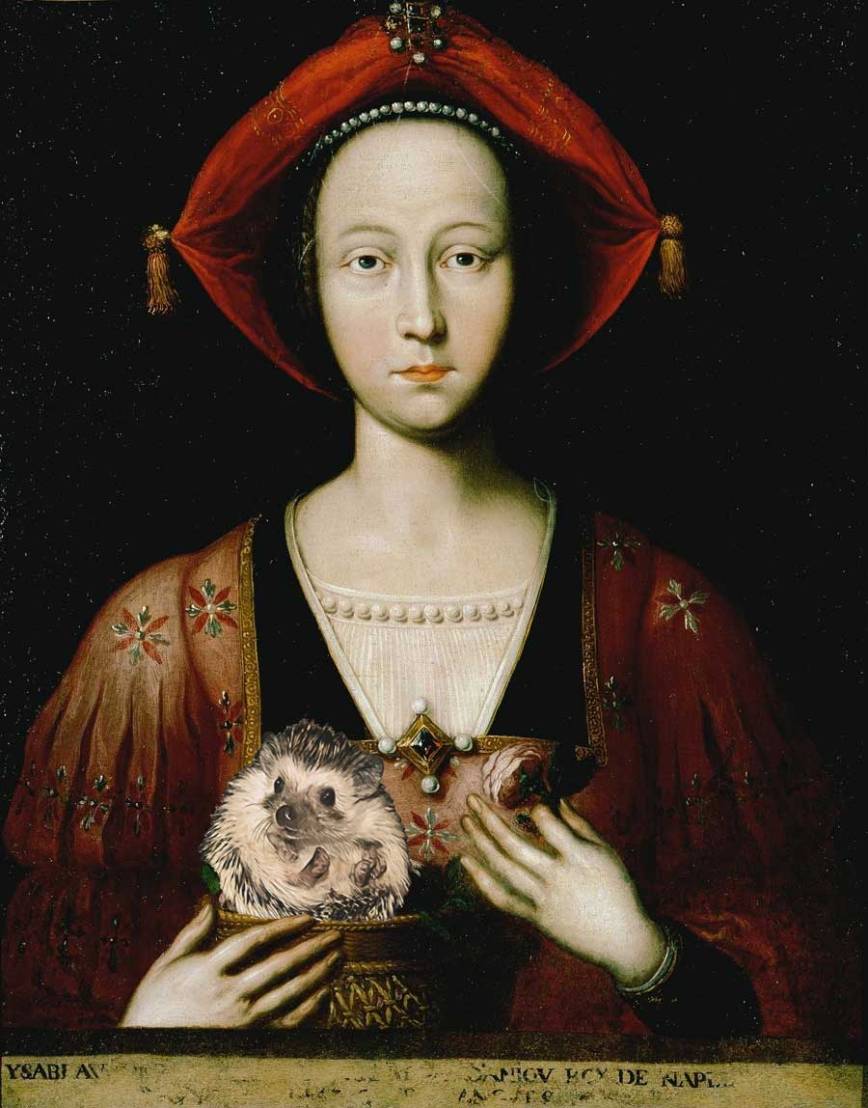 While less well known, hedgehog art historians have been spending more time researching this 1648 portrait by Renato d’Angio of Isabella, Duchess of Lorraine (mother of Margaret of Anjou).  Isabella is holding the traditional panier d’ hérisson (hedgehog basket), a symbol of the mythology behind the family’s regal hedgehog lineage.

Alma-Tadema’s 1884 A Reading from Homer to a Hedgehog is a lovely late Victorian painting. Through attention to details such as architecture and dress, Alma-Tadema’s work imaginatively re-created everyday life for hedgehogs in ancient times.

Next we present Alphons Mucha’s delightful “P. Pricklepants.” The work is a masterful Art Nouveau print from 1897. Little is known about its origin, though the work appears to have been a 1897 commission by Marchioness Pricklepants of Paris.  It’s quite lovely, really, so wonderful there’s not much to say.  Just look at it!

Her Highness was somewhat taken by Mucha’s work, so here is Alphonse Mucha’s, “Hedgehog Princess Perusing Art,” c. 1890. This is a truly lovely later work by Mucha, who clearly had a fondness for hedgehogs. Unfortunately, little is known about this work, though the greater subtlety and simpler composition than “P. Pricklepants” suggest this work was inspired by different themes.

Finally, we present Jacques-Louis David’s 1786 “The Discomfort of Socrates,” which details the event of the initial cup of hedgehog handed to Socrates, because the jailer misheard “hemlock.” David’s masterful rendering of the cup being handed over is a truly powerfully captured expression of awkwardness.  Created by David for Napoleon’s palace, the painting was poorly received, and has been much less popular than the later version.

We hope you’ve enjoyed this journey through the remarkable world of hedgehog art. We’re planning to post on other topics in the future, but may discover other works which you can keep up on via Facebook or Twitter (we’re not great about our Instagram account, sorry).

Stay tuned for our next episode: Princess Pricklepants and the Never Ending Story of Hedgehog Art

Finally, in an awkward act of gross commercialism, we also suggest you take a look at our fabulous, tasteful, and sophisticated merchandise that will make the wearer seem even more to smart, attractive, and interesting than they already are.  Look, aren’t they cool? 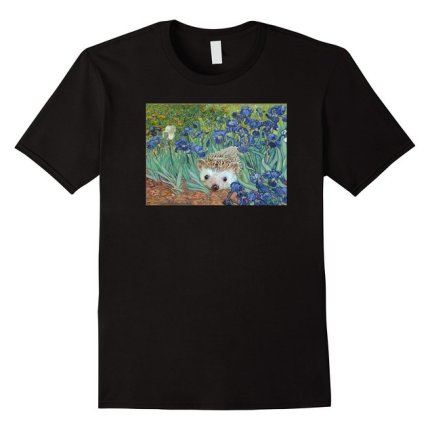 My Patronus is a Hedgehog

My Patronus Is a Hedgehog

These and more available here.

Also, there are notecards and things here.