We have a few points of note to present before beginning our tale that can’t be skipped for reasons involving word count.

First, we finally read Quentin’s email.  It was a link to a funny cat video.  Thank you Quentin.

As a second try at a better second point, in an effort to be more dramatically friendly in case someone finds this out of context (not that context really helps much), and since we seem to have recurrent characters now, we’re including our dramatis personae:

That was pretty long so we’d better get to our first picture with words under it:

Princess Penelope Pricklepants was distraught.  Someone had left her copy of Haley’s 2007 Compete Guide to Etiquette on the floor.  She’d been looking for this to reply to an automated etiquette request message for her new startup, Telstar Ettiquettronics.

Suddenly her computer made the bleepy sound indicating a Skype call was coming in. 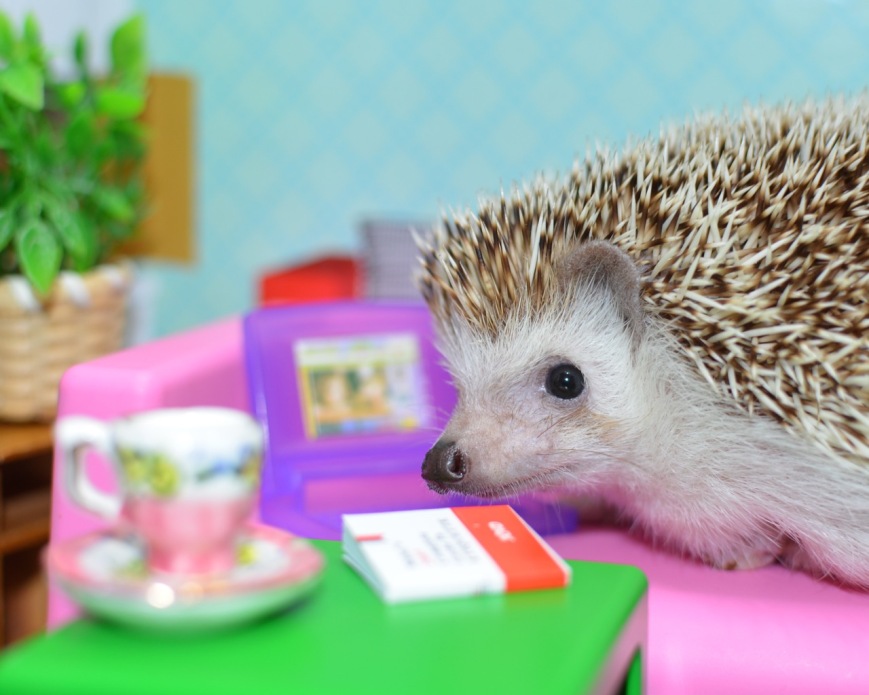 It was Jane, the CFO.

“So Princess, have you seen the news on TechCrunch?”  Now that they worked in tech., they started sentences with “so” to sound authentic. “The dinosaurs at Yoyodynamic Capital have taken over the board of Telstar Ettiquettronics.  They’ve installed a Tyrannosaurus as the new CEO, put a Deionychus in as the CFO, and rest of the board are Pterodactyls, or maybe Pteronadons. Hard to really tell. Some kind of Pterosaur. It’s tricky to get their taxonomies down, I think one isn’t a proper taxonomical category, maybe we should check wikipedia…  So the point is that we’ve lost control of the company.  Also, we’re almost out of money.”

Princess Pricklepants was not in her best mood.  She’d only gotten 15 hours of sleep the night before.  Someone had left her etiquette guide on the floor.  And now this. (Since they’d started working in tech., they had also been practicing starting sentences with conjunctions.)  Her company that she’d worked for days to build was now stolen by dinosaur venture capitalists.

She called a council of the bear and cows. 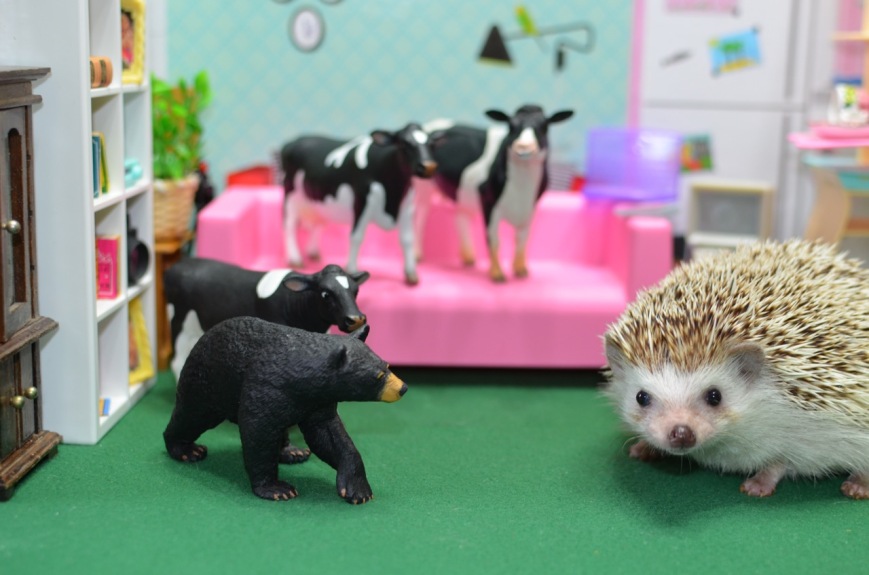 Boris had a degree in comparative mythology which seemed to Princess to be fairly close to a law degree. “Boris, what can we do to get our company…”

She was interrupted by a politeness advice request text. “I have a lovely 17-year-old step-daughter. Recently she’s developed a lot of anger issues and has loud, tantrum-like outbursts where she curses out her dad and says very hurtful things to him. What can I do to bring her in line?  – Frustrated Mom”

She began to type a response, “Dear Frustrating Mom, To get your daughter in line, take her to Disneyland, there are many, many lines there. Alternately you could…”

Jane interrupted, “Princess, this is not the time to be answering texts, we’re having a meeting.”

Christine, the cow safety officer made a proposal, “So I suggest we ban all electronic distractions from meetings. And we should follow Robert’s Rules of Order, really.”

Boris stepped forth, “I wish I had my phone, sorry. I need to look up dramatic tropes during these things to stay in character. But to the point, I move that Christine never ask about Robert’s Rules of Order again. All those in favor?”

The ayes were over the nos.

Boris continued, “According to my friends on bearlawyercentral.com the contract is air tight, and we have no recourse. We are ruined. Sorry about that, eh.”

Princess got a text: “My husband and I are having a disagreement. He knows that our dog, trufflefluff, likes coffee, but he uses artificial sweeteners. I am sure these are dangerous for dogs. How do I tell him to only give our dog real sugar?  – Sweet Mom”

Princess started typing, “Dear Sugar Mama, while this is a common problem, this is not a…”  Boris put his paw over her phone.

“Sorry to interrupt, Princess, but by responding you are helping out the dinosaurs who have stolen our company.”

“But, it’s impolite not to respond to text messages…”

“Fine, we will let the Universe decide.” He took the phone and threw it in the crocodile pond. “The Universe clearly does not want you to respond any longer.” 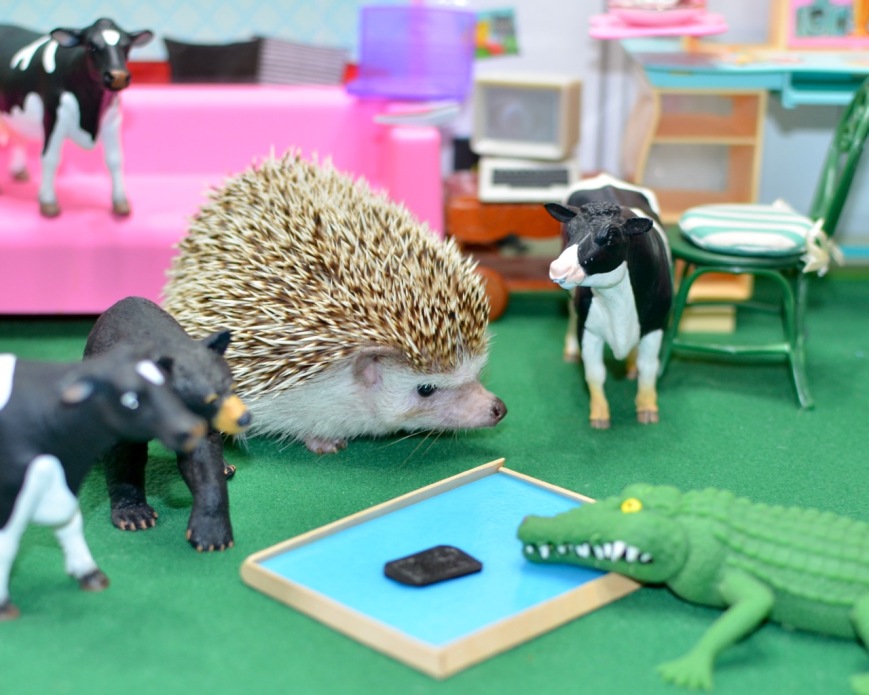 Christine, the cow safety officer, said, “Boris, that phone’s batteries contain risky materials that can leach into the pond posing a risk to the crocodiles (or are they alligators?).  Also, how is you throwing the phone in a pond the Universe deciding?”

“Am I not part of the Universe?”

And so it was that our heroes were sad, especially Princess, who didn’t have a phone, but wanted to check what the hedgehogs on hedgehogentrepeneurcentral.com might advise, and also to see if there were any new hedgehog videos on Youtube, and also to look up crocodiles and alligators on wikipedia to sort out something she’d been puzzling over.

Boris said, “I feel we must dwell on this disconcerting news for a while to make the middle of the story longer. This will add dramatic tension and improve our narrative. Still there is not much character development either, not sure what we should do ’bout that, though, eh.”

Bessie, the generic cow, said, “Boris, I believe we’ve explained this before. You are not a fictional character.”

“No, sorry, but seriously, listen. I am a Canadian bear who went to the University of Toronto and got a Masters in Comparative Mythology. Somehow I seem to also be Russian sometimes. I can’t explain it, but I wound up working on a farm, but then the hedgehog princess left in her spaceship and we had a war with a cat, and so now I’m at a startup that was taken over by dinosaur venture capitalists. I can’t remember anything but that, the rest is void. There are no humans in our world, just a hedgehog, some crocodiles, some cows, and the occasional robot, baboon, cat, and other animals, but we do human-like things. How does that make any sense? I must be fictional. And these stories I am in, they drive me up a tree – no character development, no proper beginnings, middles or ends, terrible narrative structure, ridiculous diction.”

“Have you been reading Kafka again? Besides if you were actually fictional, you’d see character development, and all that other whatever it was you said.”

“I fear it is worse. Not only am I fictional, but I am a fiction of a truly terrible author.”

Jane said, “You are no more fictional than I am, and no fictional cow would choose to be an accountant. By the way, we’re doomed. Just got the text – the dinosaurs fired all of us.”

Princess felt sad, and went to her quiet place to go play with some old toys that the family had passed down through the centuries. Jane followed her.

“Princess, what’s that you’re playing with?”

“Oh, old play money. It’s just made of old gold and silver, not like real nickel, zinc, or copper coins, or that really pretty paper. Still, it’s nice to play with sometimes.”

Jane investigated, “Where did you get this?”

“Oh, it’s been in the family for generations. Apparently it used to be real money a long time ago, but now it’s so old you can’t buy things with it. I tried using some at a store once and the clerk said it wasn’t real money.”

Jane put her numismatic skills to work and determined that the coins were mostly English Guineas from the late 1600s, along with assorted Louis the fourteenth Double Louis d’or, and other gold currency. According to Jane’s careful estimate they were worth a ludicrous amount of money. She began a spreadsheet.

Within a short while they’d managed to get enough rare gold coins sold at auction at Christie’s for enough money that they could skip plots involving hedgehog careers for a long time.

Next: Princess Pricklepants and the Perils of Pirate Plunder: Part I – The Great Beginning