Today we presented our fourth comic, which even has some narrative. In case you missed it, here it is:

We definitely will be returning to Hedgezilla sometimes. Mech-Hedgezilla’s story must be told, the mysterious origin of Hedgezilla is a mystery I’m sure many wonder about, and there’s other things worth visiting we think.

Our first illustration is a different direction from things we’ve been doing. That’s in no small part because we discovered the mixer brush in Photoshop when we were working on this and went a little crazy with it. It’s really useful for water effects and smoke and things. We’re not sure why we return to images of San Francisco being destroyed so often. It’s a really lovely city. It’s just a little too delightful for Hedgezilla to resist smashing for some reason.

In case you’re worried, Pricklpants Labs will be rebuilt quickly. Post-Kaiju reconstruction forces are large and very effective. The car is a ’75 Datsun B210. Since it lasted this long, we didn’t have the heart to let the giant radioactive lizard crush it. 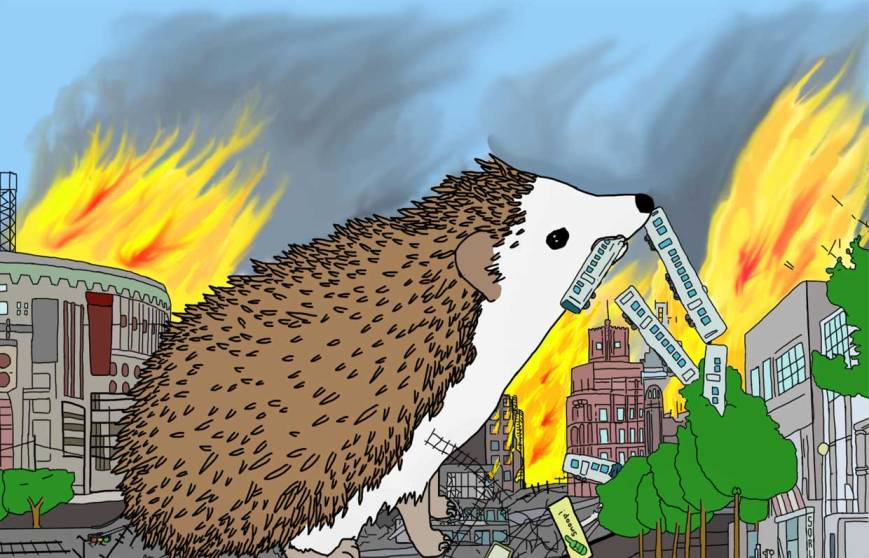 That flame, that smoke. We were a little troubled at how we drew them at first, but I think it was worth it. Pretty happy with everything in this panel, which is rare. It really seems to say “giant hedgehog chewing on subway in devastated city” so clearly. Smoop made its second appearance here. It’s Her Highness’ favorite brand of wine.

Based on the first Hedgezilla art we ever did, so it’s close to our hearts. I think we might have gotten a little too hyper-focused on drawing city details here. Don’t think about just how gargantuan that antenna is based on the perspective. It’s just really, really big, okay?

The glorious final panel with San Francisco saved took a good while to draw, but it seemed to be missing something. Windows. So we penned in thousands of tiny dots in neat patterns over hours and it looked a lot better, but still might have been a mistake. We went a little crazy with the mixer brush in Photoshop but liked the effect. There’s even a flame reflection on the water.

We think the subway panel is our fave, though we like so many of them. Hope you enjoyed this week’s comic, and tune in next week for more Princess Pricklepants Presents.

We have a few delightful Hedgezilla shirts here: 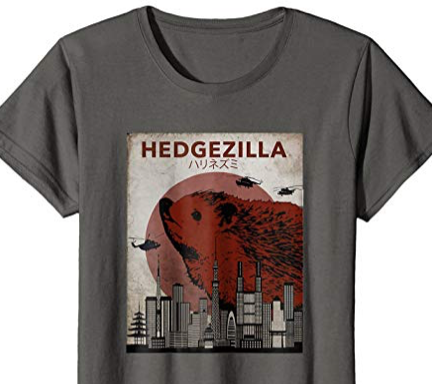 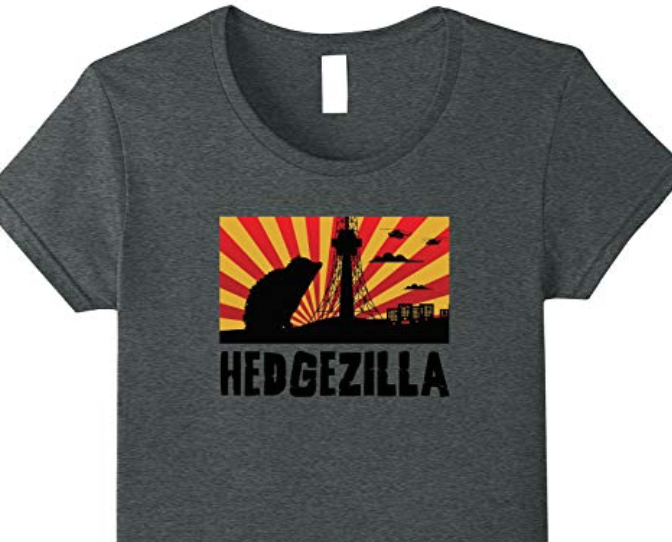